Come out to the Revolution Oktoberfest in Chicago, which will take place September 29th-30th in Logan Square on Milwaukee Ave. between California and Fullerton in Chicago. Chicago’s Revolution Brewing is moving its annual Oktoberfest celebration to a street festival format this year outside its original brewpub.  Festival hours will be Friday 5-10pm and Saturday Noon-10pm. Suggested $5 donation.   “In our sixth year hosting Revolution Oktoberfest, we are bringing the party into the street with a great band lineup,” says Revolution’s Chairman of the Party, Josh Deth. 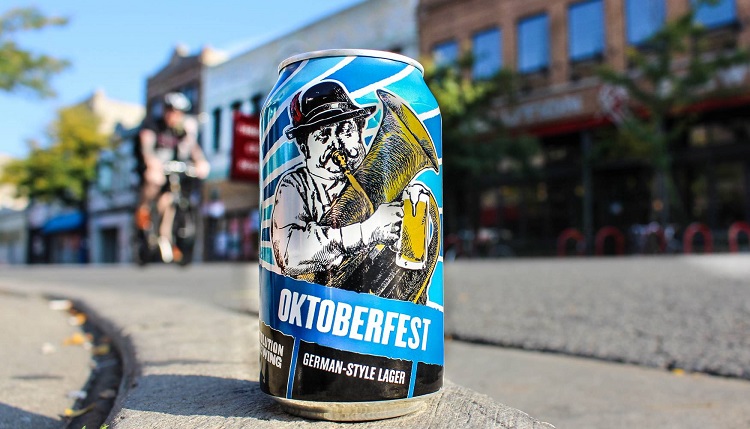 Revolution’s Oktoberfest-style lager is made with 100% German malts and hops and is the best selling Oktoberfest in Chicago.  In addition to Revolution’s locally-brewed beers and food, other local businesses featured at the event include Chicago Distilling Company, Dönerman, and The Radler.  DJ sets and after-parties are also in the works at other neighborhood bars along the Milwaukee Ave. corridor.   As part of the street fest format, music will play a larger role at Revolution Oktoberfest with a strong lineup including headliners Real Estate and Jeff Rosenstock as well as White Lung, (Sandy) Alex G., and Chicago’s own Meat Wave.  A suggested $5 donation at the entrance will benefit the neighborhood school programs of Friends of Goethe School.

DJ sets and after-parties are in the works at other neighborhood bars along the Milwaukee Ave. corridor.