Robot Riot is back! Come check out  Robot Riot, in Chicago on Sunday Oct 15th at 8pm, where people-made robot cars and vehicles (think miniature robot wars), battle to the death as they smash, slice, hammer and run over each other at Chicago ‘s Emporium Arcade Bar (1366 N. Milwaukee).  The backyard wrestling of robotics, tabletop-sized robots duke it out and winners are decided by either crowd vote or destroying their opponents. It’s gonna be a “smashing” good time!   They will  have some loaner robots on standby for lucky attendees to pilot. 8 PM, free 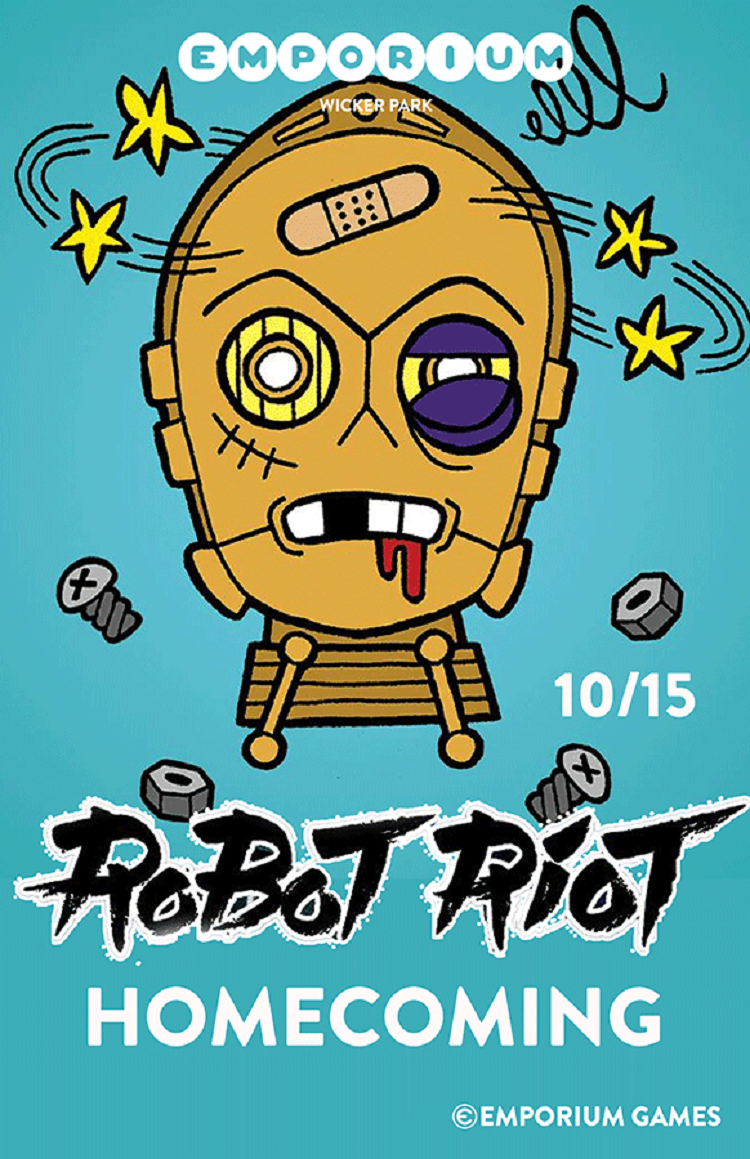