Looking for something else to do in the Chicago area with the kids?   Why not check out the FREE Lincoln Park Zoo in Chicago and their outstanding polar bear Siku, the lone polar bear that inhabits Lincoln Park Zoo’s polar bear habitat, which was expanded and refurbished just over a year ago. This expansive exhibit is strategically designed for Arctic polar bears, a carnivorous species threatened in the wild due to human impacts such as climate change, which rapidly melts sea ice. Polar bears’ adaptations to the Arctic environment make them dependent on the sea ice for survival, thus creating the need to conserve this species. The FREE Walter Family Arctic Tundra can support a breeding pair and their potential cubs. Equipped with naturalistic features, from ice caves to rolling terrain to cool pools, the exhibit evokes the northern reaches where polar bears prowl in search of prey. 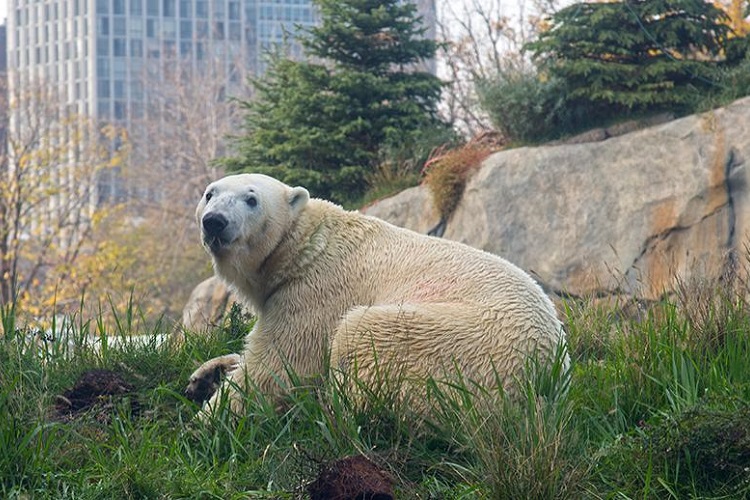 Visitors can check out the adult male from above (overlooking the winding stream, waterfall and multiple pools) or from an underwater area, where a glass wall allows you to watch him swim. “Arctic Tundra” is also designed to teach about the dangers of climate change, partly through the new ice-cave area, which features a tactile ice wall. Visit anytime, but for a deeper educational experience, aim for the 1 p.m. “up close” session with a zookeeper at the Walter Family Arctic Tundra inside Lincoln Park Zoo. 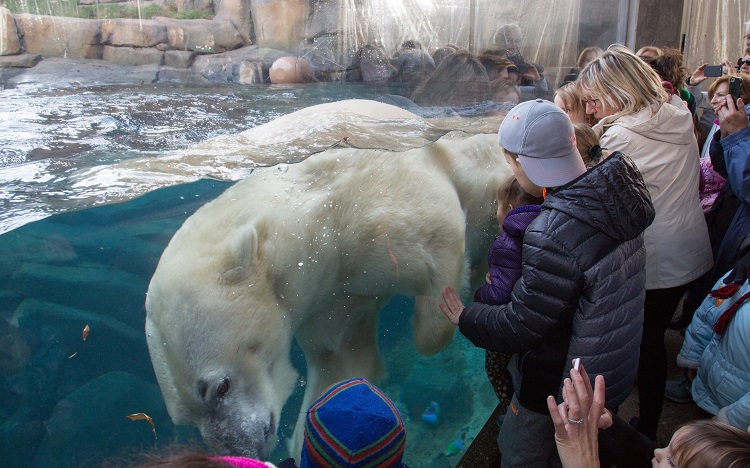 The 11,483-square-foot exhibit highlights the adaptations unique to this species and facilitates conversation about climate change and its impact on polar bears, their ecosystem and the rest of the planet, inspiring visitors to make environmentally conscious changes. In conjunction with the grand opening, Lincoln Park Zoo will host multiple events intended to raise awareness about climate change and provide visitors with practical ways to reduce carbon dioxide emissions.

“Walter Family Arctic Tundra engages visitors in conversation about how their actions directly contribute to climate change and affect polar bears,” said Lincoln Park Zoo Senior Vice President Megan Ross, Ph.D. “The damages of climate change are particularly apparent in the Arctic, where sea ice is rapidly diminishing due to increasing temperatures caused by excess carbon dioxide emissions. Polar bears are an umbrella species, meaning that if we protect them, we’re also protecting their ecosystem, curbing the harmful impacts of civilization on wildlife.”

One male polar bear, 6-year-old Siku, now inhabits the outdoor exhibit space that features more than 49,900 gallons of water as a winding stream, waterfall and dive pools. The space emulates the terrain of the Arctic tundra, where many polar bears exist in the wild. Walter Family Arctic Tundra further promotes polar bear welfare and natural behaviors with dig pits, plunge pools and a commercial ice machine for added enrichment. 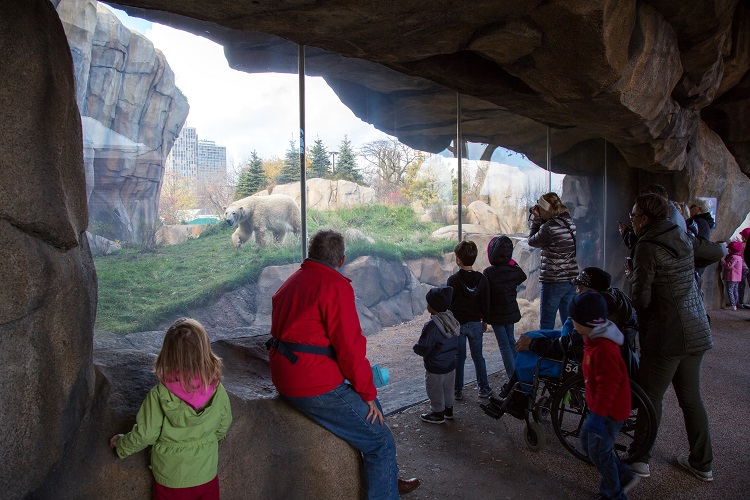 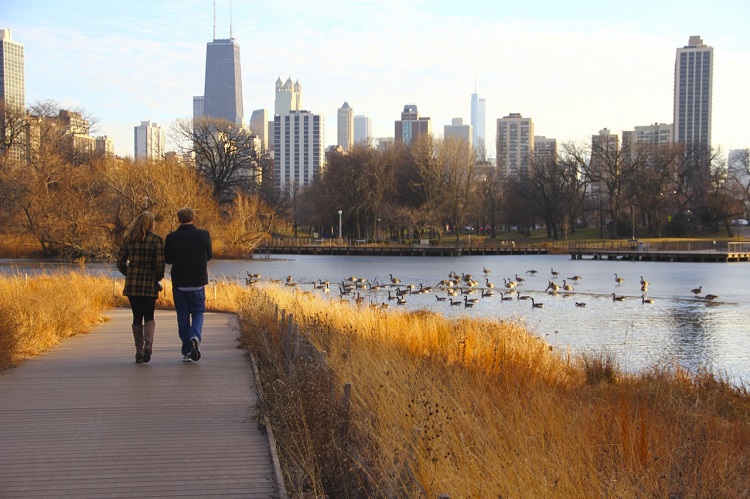 Located within a verdant park just minutes north of Chicago, the zoo has been a natural, free oasis for generations of animal lovers, who visit the zoo to hear a lion’s roar echo off nearby apartment buildings, see gorillas climb trees as the Willis Tower looms in the distance, or forget where they are as they immerse themselves in tropical rainforests, dry-thorn forests or spacious savannas.