To celebrate his new album,  Carnage has decided to give his Chicago  fans a free show on April 14th. Not just any free show though. In total, he is going to do five free shows, all back to back dates, in 5 different cities around the country. It will be a difficult feat to pull off, but within minutes, it was clear that his idea was a massive success. Most of the shows have already hit their capacity.    The shows will be taking place in San Fransisco, LA, Washington DC, New York and Chicago. So Carnage is clearly going after some of the biggest markets in terms of dance music America has to offer. It is all a lead up to his new album, ‘BATTERED BRUISED AND BLOODY’. 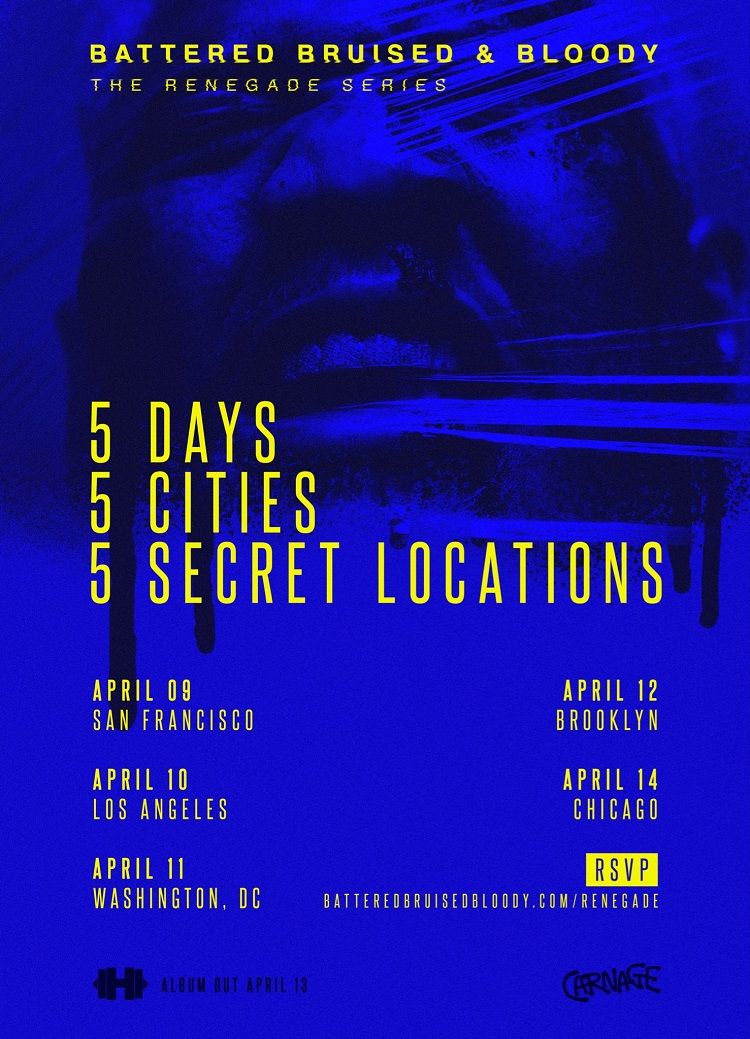