This year’s complete Millennium Park Summer Music Series lineup, which returns to the city from June 18 through August 16, fills up Pritzker Pavilion in Millennium Park with live music.    You’ll find plenty of familiar local faces among this year’s lineup of acts, including jazz percussionist Kahil El’Zabar and his Ethnic Heritage Ensemble, The Sea and Cake + Moonrise Nation, rising indie-rockers The Aces, Whitney and NE-HI; reggae with The Kingston All Stars featuring Sister Nancy and jazz-influenced rock outfit the Sea and Cake. There’s also a strong international presence on the list of performers, such as British jazz combo Sons of Kemet, Indian sitar-player Anoushka Shankar and Jamaican reggae troupe The Kingston All-Stars. 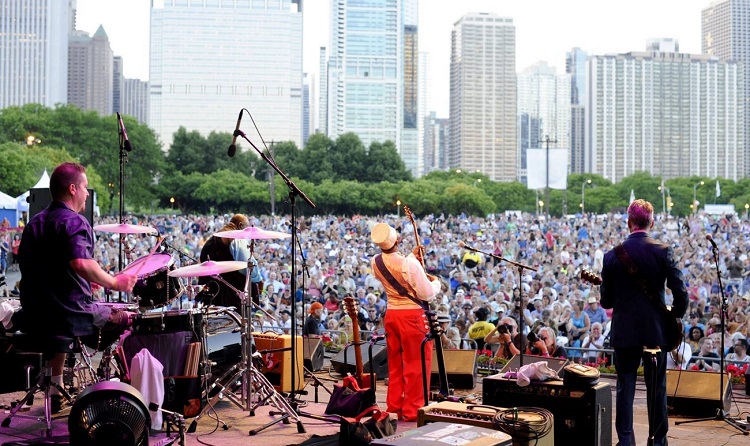 Running from May through September, the Jay Pritzker Pavilion will host more than 80 free events this summer, including movies, concerts, festivals and cultural happenings.   In light of recent events, you can expect a bit more security as you enter the lawn at Pritzker Pavilion this summer, but thankfully the Summer Music Series isn’t one of the events where bringing your own booze has been banned. Outside alcohol will be prohibited from the events with the highest attendance, so be sure to check out the list HERE before you show up with a Nebuchadnezzar of rosé. (And yes, you’ll still be able to buy adult beverages from vendors within the park for these events.)  Take a look at the complete lineup of shows below, all of which will begin at 6:30pm, rain or shine. 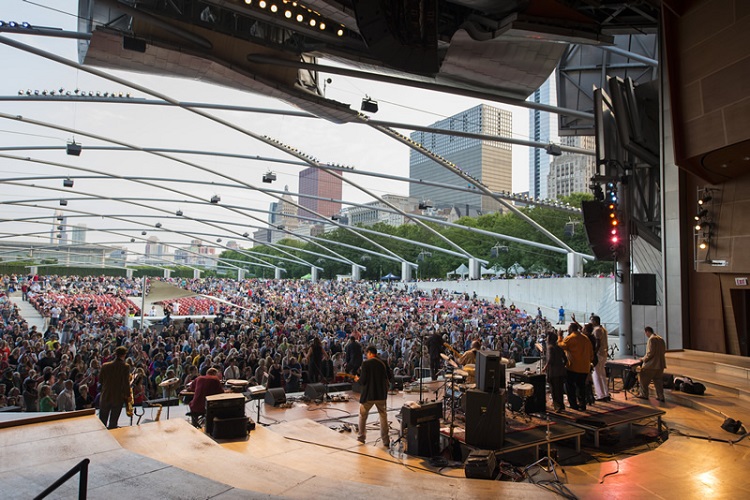 Monday, July 30
Aimee Mann + This is the Kit