On Saturday, the annual, international event that is the 2018 Record Store Day will once again celebrate all aspects of record-store culture. And that culture appears to be in a healthy state, particularly when it comes to vinyl—last year marked the 12th consecutive year of increased vinyl sales, accounting for 14% of all physical album sales during the year.

Free Concerts, free events and lots of freebies will be in abundance on FREE Record Store Day 2018 always held the third Saturday of April (April 21, 2018 this year).  With more than 20 local Chicago retailers taking part (see below) —as well as the occasional pop-up shop—2018 Record Store Day has become a huge event, at least in Chicago. Make sure to click on the link below for local venues to catch free concerts and get some free goodies at some of the independent local record stores in the Chicago area. 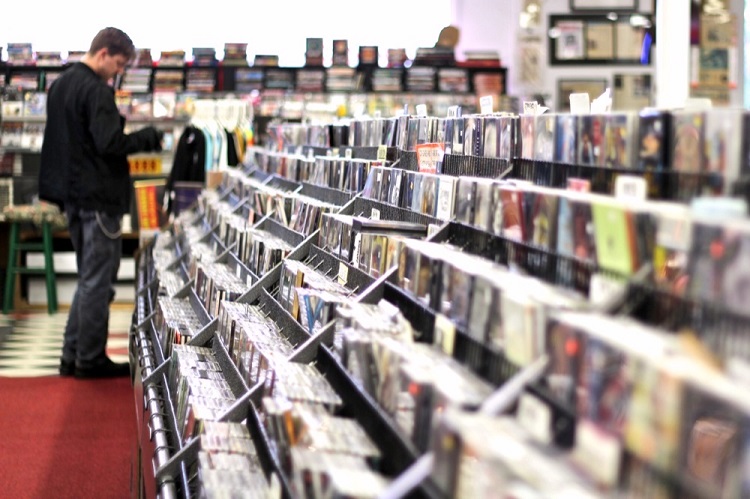 This is the one day that all of the independently owned record stores come together with artists to celebrate the art of music. Special vinyl and CD releases and various promotional products are made exclusively for the day and hundreds of artists in the United States and in various countries across the globe make special appearances and performances. Festivities include performances, cook-outs, body painting, meet & greets with artists, parades, DJs spinning records and on and on. Metallica officially kicked off Record Store Day at Rasputin Music in San Francisco on April 19, 2008 and Record Store Day is now celebrated the third Saturday every April.  Thanks to Free Things to Do in Dallas for this freebie. 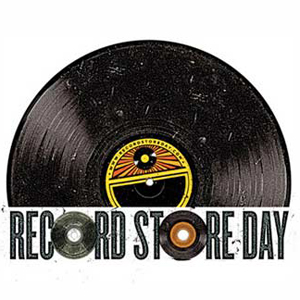 WHAT SPECIAL ALBUMS ARE BEING RELEASED?

“Live At The Troubadour 11/12/96” by Wilco – Wilco is a classic Chicago band, and the indie rock stalemate is putting out a live album from a 1996 performance at the West Hollywood nightclub Troubadour.

“No Depression—Demos” by Uncle Tupelo – Alternative country group Uncle Tupelo formed in Belleville, Illinois. Its members have gone on to find success with other acts in and outside of the Midwest (including Jeff Tweedy with Wilco). For RSD, check out an LP of demos from the band’s debut album “No Depression.”

The Grateful Dead will issue 6,700 copies of their February 27, 1969 show at Fillmore West in San Francisco on vinyl. GD drummer Mickey Hart released RAMU last year and the LP will be available on vinyl this Record Store Day.

Gov’t Mule will put out 2,000 copies of Girl With No Self-Esteem, a 12″ vinyl featuring two previously unreleased tracks from the Revolution Come…Revolution Go sessions, while Arcade Fire will release 3,000 copies of EP, a 2003 album that preceded Funeral, on vinyl for the first time.

David Bowie’s camp is unveiling three special releases on Record Store Day. A rare 1977 U.S. compilation LP Bowie Now is coming out on white vinyl; Welcome To The Blackout (Live In London ’78) is a previously unreleased 3LP set recorded live at Earls Court in London on June 30 and July 1, 1978; while the first appearance of the full length “Let’s Dance” demo will be available on 12″ vinyl.

Jimmy Page has mined the Led Zeppelin vault to produce two previously unreleased tracks as the “Friends”/”Rock & Roll” 7″ vinyl. As for Prince, The Purple One’s seven-track, single LP version of 1999 has been unavailable on vinyl for 35 years and that will change on Record Store Day. The Chris Robinson Brotherhood are going the live release route by unveiling Raven’s Reels – Knoxville on vinyl featuring the band’s September 24, 2017 performance at the Bijou Theater. 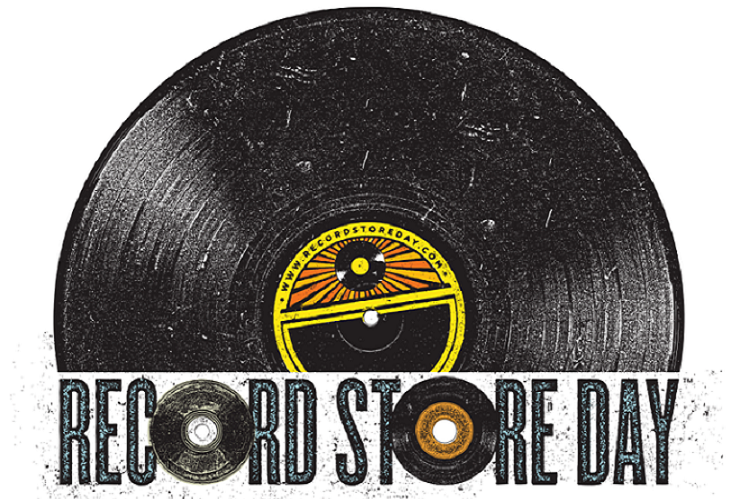 Then there’s Trampled By Turtles, who recorded a cover of Tom Petty’s “Wildflowers” that will front a 7″ vinyl with a track from their forthcoming LP on the back, while Wilco will issue 5,000 copies of their November 12, 1996 set at the Troubadour in Hollywood on vinyl.

As for Frank Zappa, the Zappa Family Trust will unveil 4,000 copies of Lumpy Gravy: Primordial containing FZ’s first orchestral-only edit of the music sessions recorded at Capitol Studios during 1967.

Neil Young is set to release 7,500 copies of his forthcoming Tonight’s The Night Live At The Roxy on vinyl this Record Store Day featuring the first live performance of Tonight’s The Night, which was played at Los Angeles’ Roxy Theatre in 1973. Another Rock & Roll Hall Of Fame act, the Allman Brothers Band, are issuing 3,000 copies of the group’s July 3 and 5, 1970 sets at the Atlanta Pop Festival on vinyl. 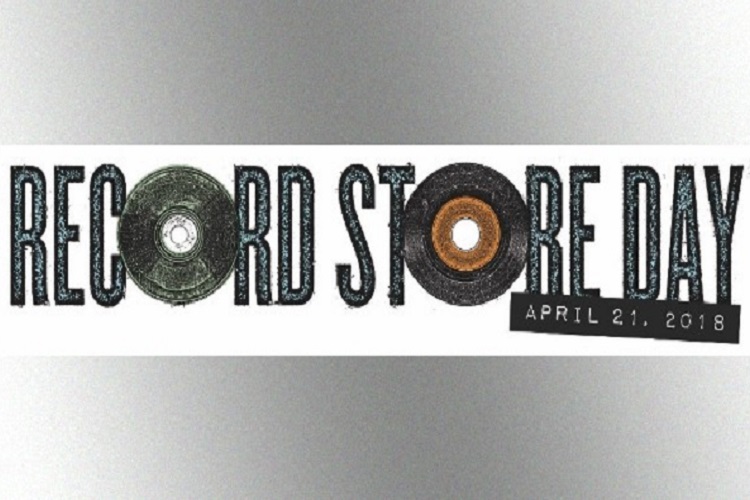 Make sure to make your way to Pilsen to one of our faves,  606 Records, which will open at 10 a.m. and feature local and national DJ performances, including by Katie Crutchfield, the lead singer of indie rock band Waxahatchee. Refreshments and giveaways are available throughout the day, including beer and swag from Dogfish Head and concert tickets courtesy of Jam Productions.

On Record Store Day Saturday, all used records will be 20-percent off at the shop in Beverly Woods.

We love this store and their massive collection of jazz records (and the 25-percent discount on used CDs) and stay for live tunes by blues musician Lurrie Bell.

Doors open at 8 a.m. at this retro Logan Square shop (don’t worry: There is free coffee and doughnuts). The music starts at 2 p.m. with performances by Ganser, Air Credits, Richard Album and the Singles, Lasers and Fast and Sh!t and Just Luckies. Bric-a-Brac will also sell parts of the collection of a rare punk collector. Need a drink after a day of shopping? Neighboring tiki bar Lost Lake will open at noon and offer specials.

The musical festivities start at 10 a.m. in Avondale, and releases include LPs from Tom Waits, the “Krush Groove” soundtrack and the 10th anniversary addition of “Warning Device” by Teenage Bottlerocket. Food and drinks will be provided by Metropolitan Brewing with giveaways throughout the day and live DJs.

Joyride Records opens at 9 a.m. with RSD albums largely catering to the heavier, psychedelic side of music as well as other goodies and special T-shirts commemorating the event. Live bands kick off at 4 p.m. with La Cosa, Jawns, Not For You and Pet Peeves.

We are also planning to make out way to this Rogers Park store, which will have a selection of RSD releases as well as prizes, giveaways and, most importantly, photo opportunities with Detective Mittens, the store cat.

The records will be spinning all day at Pinwheel, with live music at 2 p.m. Catch performances by Emily Jane Powers, Miranda Waters, Half Gringa and Mia Joy. For a homey touch, owner Scott Schaaf’s mother will be baking cookies, and you might just spot Marco T. Cat, the store pet.

Purple Llama in Wicker Park will celebrate its one-year anniversary on RSD. The combined record and coffee shop will host local bands, record label personnel and DJs. The current music lineup includes Ovef Ow and Health&Beauty, with more to be announced.

There will be a variety of RSD limited releases on sale, free giveaways and bands performing at the Broadway and Milwaukee Avenue locations. The store will hold regular hours.

Doors open at 7 a.m. with bands beginning at noon to keep the energy high. Catch performances by Lasers and Fast and Sh!t, the Speed Babes, Blue Dream, Avantist, TV Moms, Lever and Magicks.

Opening at 7 a.m., RPM Music Chicago will sell not only RSD releases, but also work by local musicians. Refreshments will be offered throughout the day. Stay until 2 p.m. when the music starts, with sets by Liz and the Lovelies, Man Called Noon, Sugarpulp and the Rayplacements, a Replacements cover band that will perform the Minnesota rockers’ seminal album “Tim.”

“All the exclusive RSD titles you can handle” are offered at this record store day event, along with performances (starting at around 1 p.m.) from the Hazy Seas, Jordanna, Strange Foliage, Rookie, Brisco Darling and Sundown Club. Free coffee and doughnuts will also be provided, as well as giveaways from Emporium Arcade Bar, Lagunitas Brewing Company and others.