There are few places on the planet where you’ll find more Polish people than in Chicago, and this year the city will celebrate the Polish Constitution of 1791 on May 5 with a FREE parade.  The 127th Chicago Polish Parade is celebrating the Polish Constitution of 1791 in honor of the first democratic constitution in Europe and second in the world only to the United States Constitution. They will celebrate 100 years of Poland’s Independence and Illinois’ Bicentennial. Every year the Parade gathers thousands of people devoted to Polonia and Poland. Thousands more are expected to be drawn to the television coverage of the parade provided by Polish TV stations.  Polish values, history, traditions and culture will be presented by the participants of this biggest outside Poland Parade.

The Parade Committee cordially invites all Polish-American organizations, societies, clubs, schools, businesses and individuals to take part as a marcher or spectator in this very important Polish American patriotic event.

The free parade begins at 11:30 a.m. at Columbus and Balbo drives, heading south on Columbus to Monroe. 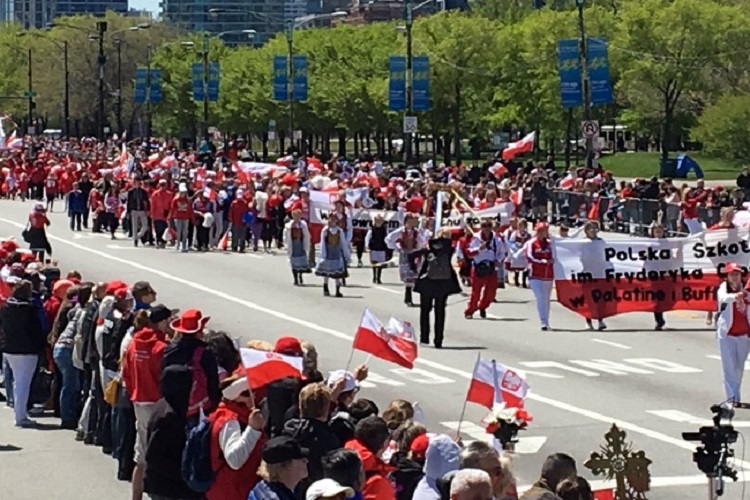