Searching through the public notice on the city’s website, we found that the Chicago Avenue Bridge over the north branch of the Chicago River is available for FREE to anyone who will remove it at their expense, maintain it, and assume all financial responsibility.  We think this  would be the ultimate Christmas gift for the uber-Chicago fan….    If there are no takers,  the bridge is expected to be demolished so that a non-movable concrete and steel bridge can be built.

Specifically, the Chicago Department of Transportation is offering the Chicago Avenue Bridge over the North Branch of the Chicago River to any qualifying state, local or responsible entity, as soon as they agree to enter into an agreement to the following conditions: 1. Maintain the bridge and the features that give it its historic significance, and 2. Assume all future legal financial responsibility for the bridge, which may include an agreement to hold the City of Chicago harmless in any liability action. 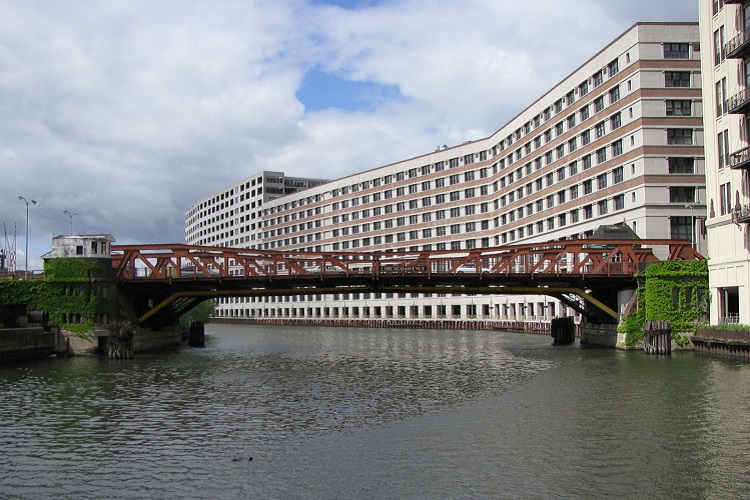 All costs associated with the bridge removal shall be the responsibility of the entity requesting to move the structure. Interested parties should send a letter by July 13, along with funding means, location of bridge placement, means of moving structure and timetable for move. It should be noted that the bridge will be required to be moved in coordination with the bridge replacement project schedule. 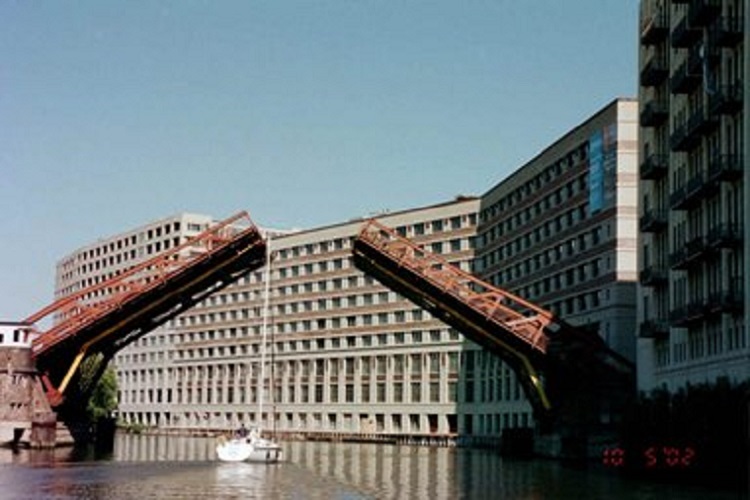 The Chicago Avenue Bridge of the first design of pony truss bascule bridge and the Chicago Avenue Bridge is historically significant for its unique concrete bridge tender house. This bridge was one of the first Chicago bascule bridges to employ a “permanent” bridge tender building that was constructed of materials more substantial than wood, which had been used previously. This change was perhaps also partly due to the increased attention to aesthetics that was being given to the city bridges at this time.

Beginning with the Chicago Avenue Bridge and the Washington Boulevard Bridge, there was a marked increase in the aesthetic details of city bascule bridges. Sadly, some of the ornamental details for the Chicago Avenue Bridge appear to have been lost. The original design included decorative concrete posts located near the ends of the trusses, as well as decorative lighting standards on the approaches to the bridge. 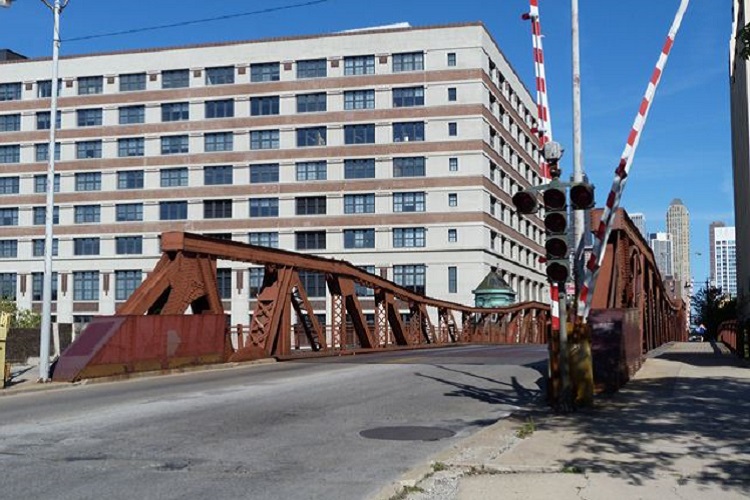 The bridge as originally designed was powered by two 50 h.p. electric motors. The lower portions of the bridge tender houses were constructed of concrete, detailed to present the appearance of granite. The upper portions of the bridge tender houses were constructed with wood and covered with copper sheeting, and the roofs featured vitrified tile. One irony of the second generation bascule bridges is that when they were originally built they would have still looked like a through truss because of the supports for the overhead catenary cables for electric trolleys.

Looking at historical photos of this bridge which show these supports one has to wonder if the effort to design a bascule bridge that eliminated overhead bracing produced a worthwhile aesthetic benefit. Perhaps the engineers foresaw a day when the cable supports would be removed as indeed they eventually were? Although the removal of the supports is technically an alteration from original design, the visual appearance of the bridge today with the supports removed seems to produce a bridge that better displays an intended aesthetic. Visually, the supports looked like an afterthought… something added to the bridge later even though they were part of the original design.

The superstructure for the bridge was built by the Ketler-Elliott Erection Company. The substructure was completed by the Byrne Brothers Dredge and Engineering Company.