Check out all the  FREE DAYS from Sept 4-30 at Chicago’s Shedd Aquarium!  These are part of what is called Community Discount Days in 2018 when general admission to the Shedd Aquarium is free.  Including these 26 September days, Shedd’s has 52 free days in 2018 take advantage of civic and school holidays to make family visits more convenient and the free admission to the Shedd Aquarium includes the Waters of the World, Amazon Rising, and the Caribbean Reef. Packages including Wild Reef, Polar Play Zone and Oceanarium are available at a discounted rate. 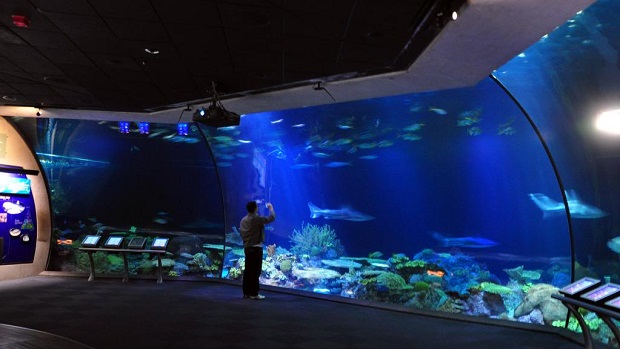 Shedd Aquarium (formally the John G. Shedd Aquarium) is an indoor public aquarium in Chicago, Illinois in the United States that opened on May 30, 1930. The aquarium contains over 25,000 fish, and was for some time the largest indoor aquarium in the world with 5 million US gallons of water.   Shedd Aquarium was the first inland aquarium with a permanent saltwater fish collection. It is surrounded by Museum Campus Chicago, which it shares with the Adler Planetarium and the Field Museum of Natural History. The aquarium has 2 million annual visitors; it was the most visited aquarium in the U.S. in 2005, and in 2007, it surpassed the Field Museum as the most popular cultural attraction in Chicago. It contains 1500 species including fish, marine mammals, birds, snakes, amphibians, and insects. The aquarium received awards for best exhibit from the Association of Zoos and Aquariums (AZA) for Seahorse Symphony in 1999, Amazon Rising in 2001, and Wild Reef in 2004. 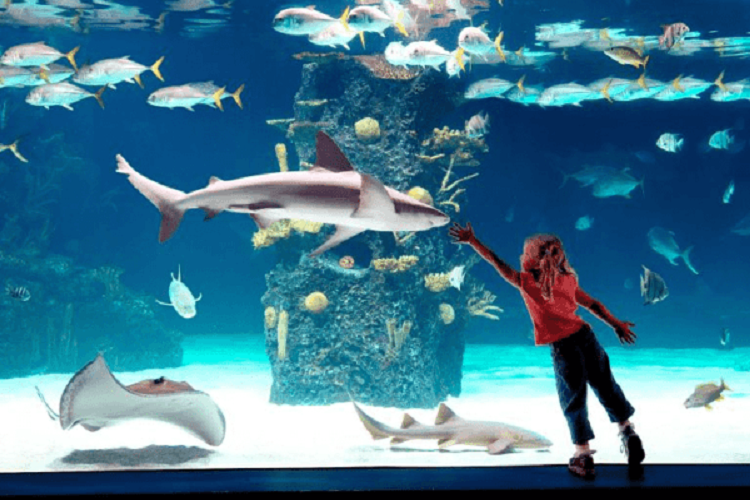 Shedd Aquarium was the gift of retail leader John G. Shedd, a protégé of Marshall Field (benefactor of the adjacent Field Museum), to the city of Chicago. Although Shedd only lived long enough to see the architect’s first drawings for the aquarium, his widow, Mary R. Shedd, cut the ribbon at the official opening ceremony.     The aquarium cost $3,000,000 to build, and initially included 132 exhibit tanks. Groundbreaking took place on November 2, 1927, and construction was completed on December 19, 1929; the first exhibits were opened on May 30, 1930. As one of the first inland aquariums in the world, the Shedd had to rely on a custom-made railroad car, the Nautilus, for the transport of fish and seawater. The Nautilus lasted until 1959.

In 1930, 20 railroad tank cars made eight round trips between Key West and Chicago to transport 1,000,000 US gallons (3,800,000 l) of seawater for the Shedd’s saltwater exhibits. In 1933, Chicago hosted its second world’s fair, the Century of Progress. The Aquarium was located immediately north of the fairgrounds, and the museum gained exposure to a large international crowd.     In 1971, Shedd Aquarium added one of its most popular exhibits, a 90,000-US-gallon (340,000 l) exhibit reproducing a Caribbean coral reef. That same year, the aquarium acquired its first research vessel, a 75-foot (23 m) boat for exploring the Caribbean, manned by a crew to conduct field research and collect specimens. In 1985, this boat was replaced with the aquarium’s current vessel, the Coral Reef II.     In 1987, Shedd Aquarium was placed on the National Register of Historic Places.

John Shedd’s grandson, John Shedd Reed, who had served as president of Atchison, Topeka and Santa Fe Railroad from 1967 to 1986, was president of the aquarium’s board from 1984 until 1994, and was a life trustee until his death in 2008. Ted A. Beattie has been the president and CEO of the aquarium since 1994.    Shedd Aquarium is also notable for its architecture. The basic design, by architectural firm Graham, Anderson, Probst & White, is taken from classical Greek architecture, more exactly Beaux Arts, to match the other structures of the Museum Campus. The central aquarium building is octagonal, 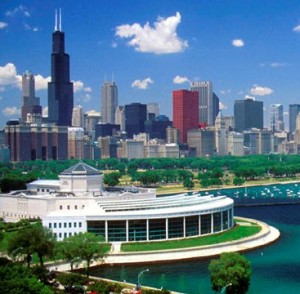 fronted by Doric columns and a formal staircase and topped by a dome. Aquatic motifs are worked in at every opportunity; tortoise shells, dolphins, octopuses, waves, and even the Trident of Poseidon can be found all over the aquarium’s exterior and interior. Improving upon its predecessor inland aquarium, the Belle Isle Aquarium in Detroit, extensive use was made of designs by Mary Chase Perry Stratton, incorporating her custom-made Pewabic Pottery tile. The Oceanarium is done in a more modern style representing the Pacific Northwest, but one that blends with the older part of the building. “Whale Harbor”, the Oceanarium’s 3,000,000-US-gallon (11,000,000 l) main tank, is backed by a wall of windows that look out onto Lake Michigan.

On our Illinois Resident Discount Days, Illinois residents can enjoy free general admission. This includes the Waters of the World, Amazon Rising, and the Caribbean Reef. Packages including Wild Reef, Polar Play Zone and Abbott Oceanarium are available to Illinois residents at a discounted rate. Shedd’s 52 discount days in 2016 take advantage of civic and school holidays to make family visits more convenient.

Check back for additional dates.   On 52 days throughout the year, Illinois residents with a valid ID receive free general admission or discounted upgraded admission to the aquarium. Three options are available on your Illinois Resident Discount Days visit: 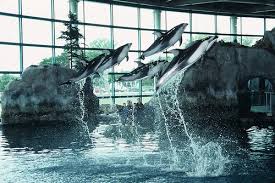