Come out and see a FREE play about two key Presidents by the Shakespeare Project at the Newberry Library — A moving and powerful dramatization of the remarkable friendship between two presidents of the United States, Thomas Jefferson and John Adams—with the forthright Abigail Adams always playing a major role. 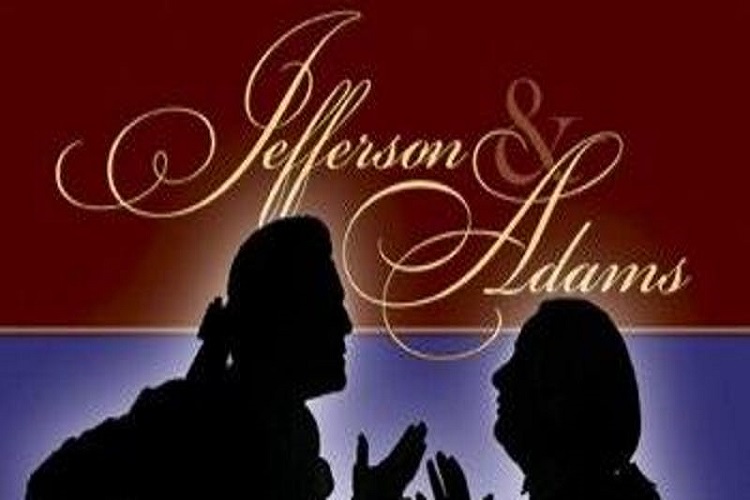 Free and open to the public; registration required. Register online HERE USING THIS FORM by 8 am Saturday, September 15. Doors open half an hour before the program begins, with first-come, first-served seating for registered attendees. If seats remain available, walk-ins will be admitted about ten minutes before the event’s start. Questions? Contact us at publicprograms@newberry.org or 312-255-3610.

A moving and powerful dramatization of the remarkable friendship between two presidents of the United States, Thomas Jefferson and John Adams—with the forthright Abigail Adams always playing a major role.
Jefferson & Adams tells the story of the turbulent 52-year friendship of Thomas Jefferson, John Adams, and Adams’ wife, Abigail. Based on the collection of letters between these prolific founding fathers—and one equally astute woman—the play fuses compelling political thoughts with passionate personal beliefs. By focusing on the unique relationship between the characters and the spirit of the time, the play reveals each of the three as thoughtful, persevering, dedicated, innovative, relevant—and human.

Performed by the Shakespeare Project of Chicago.

Playwright Howard Ginsberg has been writing much of his life, primarily stage plays but also radio and screenplays. He draws upon his extensive experience as a psychoanalytic psychotherapist to explore and illuminate the complexity of his characters. He is a graduate of City College of New York (psychology major) and completed graduate studies (psychiatric casework) at the University of Pennsylvania. His other plays include Murder in Paris, My Matisse, What’s a Girl to Do?, Yes, Doctor!, and Young Messiah.