The NFL and Roc Nation announced Friday that Meek Mill, Meghan Trainor and Rapsody will perform in a free pregame concert Sept. 5 in Chicago’s Grant Park before the Bears face off against the Green Bay Packers.  Proceeds from the concert will be donated to social justice organizations, and parts of Trainor and Mill’s performances will be livestreamed on NBC and NFL Network’s pregame coverage from 7:30 to 8:10 p.m. ET, before the first game of the season kicks off between the Chicago Bears and Green Bay Packers at Soldier Field.

Gates open at 12 p.m. on Sept. 5 and access to the viewing areas will be first-come, first-served.

There will be a “clear bag policy” in place at the event.

Mill and Rapsody will host two Chicago-based community organizations, BBF Family Services and Crushers Club, during their Sept. 5 concert, which will be followed by a watch party of the Bears-Packers game.

The previous day, Rapsody will host an “Inspire Change Speed Mentorship” in which she and others will serve as mentors to 65 young men and women between the ages of 13-19.

To further the celebration of both the NFL and the Bears 100th season, 2019 Kickoff Experience presented by EA Sports Madden NFL 20 will take place on Thursday, September 5 and will be open to fans from 12:00 PM CT to 10:30 PM CT at Grant Park. Kickoff Experience is free and open to the public and brings fans closer to the NFL through sponsors’ interactive experiences and dynamic promotions. Additionally, Bears‘ Legends will be onsite to sign autographs throughout the afternoon: Jim McMahon, Matt Forte and Charles Tillman.

At approximately 6:30 PM CT Meek Mill will headline the musical acts of the day on the Kickoff Main Stage. Preceding his performance will be the musical acts from Inspire Change advocates Meghan Trainor and Rapsody.

Following Meek Mill’s performance, fans are encouraged to stay and make history together as the Green Bay-Chicago game is shown live on massive screens throughout Grant Park. This will be a first-of-its-kind NFL Kickoff Watch Party for fans onsite. Throughout the game, Bears‘ and Packers‘ Legends will be on stage along with the integration of Bears‘ fan rituals and a free-to-play game for interactive fan experience. A portion of both Meek Mill’s and Meghan Trainor’s performances will be featured in simulcast coverage of the 40-minute pregame show from Chicago from 7:30-8:10 PM ET on NBC and NFL Network.

The show leads into the opener of the NFL’s 100th season between Green Bay-Chicago. The historic NFC North matchup has been one of the NFL’s greatest rivalries throughout the last several decades and will start the season off at Soldier Field (NBC, streamed live via NBCSports.com and the NBC Sports app across all platforms, Westwood One Radio Sports, 8:20 PM ET). 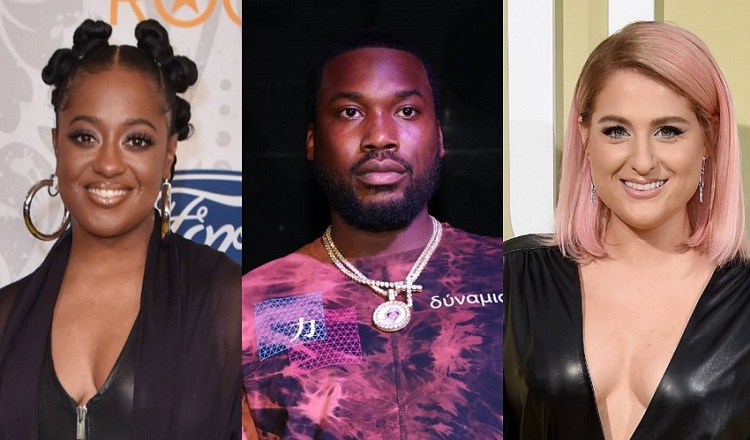