Are you looking for something fun to do on Cinco de Mayo? why not join in virtually and join these two chefs for a fun class on Tuesday, May 5, 2020, where you will learn a lot and get to make margaritas too!

Look out for the video conference link in your Eventbrite Order Confirmation email! 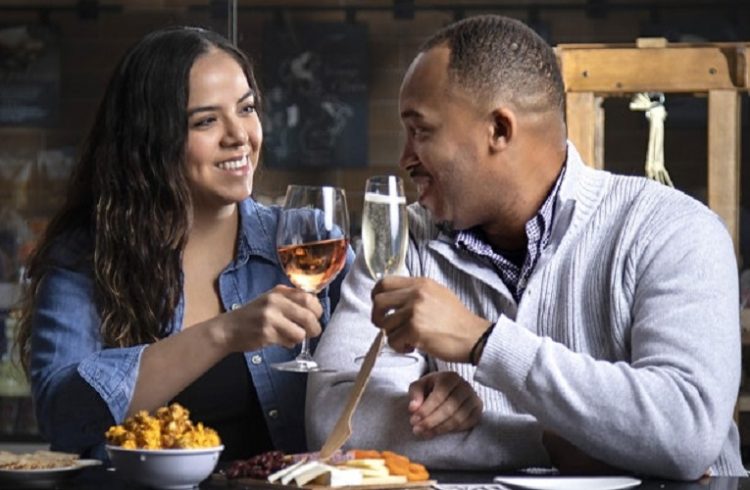 Growing up in a large Mexican family outside of Chicago, Carolina Diaz always had a special relationship with food. Whether cooking meals for her family or learning her father’s mastery of balancing flavors, Diaz appreciated the art behind creating a culinary experience. Initially a psychology major, Diaz switched to the Illinois Institute of Art, Chicago to follow her passion for cooking and focus on culinary management. She graduated in March 2010 with a bachelor’s degree in Applied Science.

After beginning her culinary career as a line cook and intern at Red Light Restaurant under Chef Jackie Shen, she assumed a position in Chef Bill Kim’s empire. For two years she served as a line cook at Urban Belly and Belly Shack, learning how to run an effective, orderly, and smooth kitchen.

In January 2012, Diaz shifted to Italian cuisine and worked as a line cook at Filini Bar and Restaurant in Chicago’s Radisson Blu Aqua Hotel under Chef Christian Fantoni, leading the restaurant’s homemade pasta production. In July 2012, Chef Bill Kim asked Diaz to assist him as sous chef for the opening of BellyQ. Diaz helped with menu planning, oversaw a staff of more than 30, and developed a cook-training program. After a successful opening, Diaz returned to Filini Restaurant and Bar as sous chef and was soon promoted to restaurant chef.

Diaz joined the team at Terzo Piano at the Art Institute of Chicago in May 2016 as chef di cucina under acclaimed chef Tony Mantuano. She was drawn to the restaurant’s dedication to supporting local, organic, and sustainable foods and purveyors; its focus on Italian and Mediterranean cuisine; and the opportunity to learn from Chef Mantuano. Diaz looks forward to further establishing relationships with the Midwest’s best producers in order to let the ingredients represent themselves, catching them in peak perfection and featuring them in dishes that both locals and visitors will enjoy.

Chef Cedric Harden leads the culinary program at River Roast in Chicago. Growing up in a family with deep Southern roots, Harden’s passion for food sparked at a very early age. He moved to Chicago at 22 to study culinary arts at the Le Cordon Bleu College of Culinary Arts in Chicago. Harden then worked his way through kitchens at Joey’s Brickhouse Le Lan, SOUL, and Wolfgang Puck Catering Company, and was sous chef of Urban Belly, Belly Shack, and Belly Q for seven years. Harden most recently served as executive chef at III Forks Steakhouse, where he brought a Southern spin to classic Midwestern steakhouse fare.