56 mins ago
FREE INFO: Top Baby Names in 2020
6 days ago
Check out these 250+ Birthday Freebies!
1 week ago
McDonald’s Offers FREE Caramel Brownie McFlurry
2 weeks ago
The Government will Reimburse you $9,000 for a COVID Funeral
1 month ago
FREE Zoom Backgrounds from the Chicago History Museum
1 month ago
Uno Pizzeria & Grill: Buy One, Get One Free Deep Dish Pizza through April 5, 2021
1 month ago
Free Joffrey Ballet Performance – March 26

In the heat of summer, Burger King has quietly launched a great nationwide cheap offer for you to cool off.   The burger chain has announced mini versions of its classic milkshakes in some participating restaurants in parts of the U.S. following reports on YouTube and social media.

The 9 ounce shakes cost just $1 each.

A regular-sized chocolate shake at Burger King is 761 calories. The 9-ounce version is 370 calories, according to the YouTuber.

The dessert drink comes in the same three flavors as the larger sizes: chocolate, vanilla and strawberry, according to Delish. It’s only available for a limited time, according to Burger King’s banner on Twitter.
If you’re looking for other deals at Burger King, remember that you can sign up for free on the BK app to get a free Whopper!

Have you tried the new mini shakes yet? Let us know your thoughts in the comments! 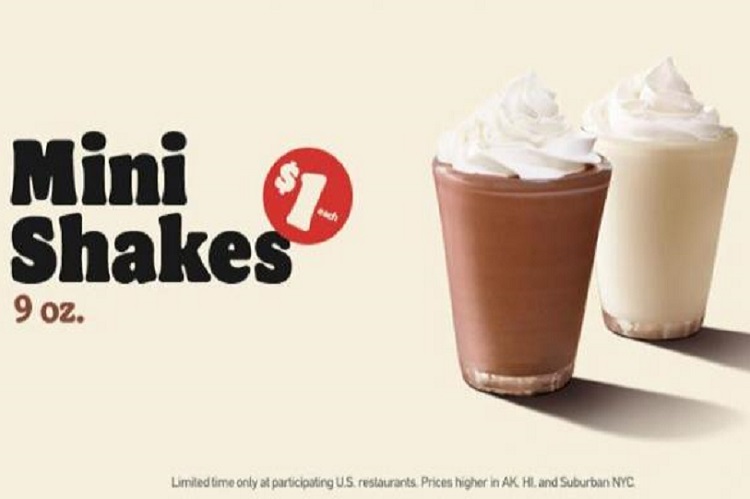