Lollapalooza’s annual Grant Park event may have been canceled, but the music will go on.   Earlier this week, organizers announced that Chicago’s largest music festival will go virtual with a free four-night concert exclusively on YouTube.  Some of the musicians include Chance the Rapper, A$AP Rocky, Future, Gunna, Tyler the Creator and Outcast. Lolla 2020 will kick off at 5 p.m. CT Thursday with remarks from Mayor Lori Lightfoot and Perry Farrell, followed by performances by Alabama Shakes, Run the Jewels and more.

The event will feature 135 artists who will perform both old and new material, including some full sets from previous Lollapalooza events, according to event organizers.

Some of the musicians include Chance the Rapper, A$AP Rocky, Future, Gunna, Tyler the Creator and Outcast.   In between sets, Lolla 2020 will also feature conversations organizers say are important to the Lollapalooza community, with speakers such as Perry Farrell, Mayor Lori Lightfoot, LL COOL J, Selema Masekala and more.

Lolla 2020 will be exclusively broadcast on YouTube July 30 through Aug. 2. 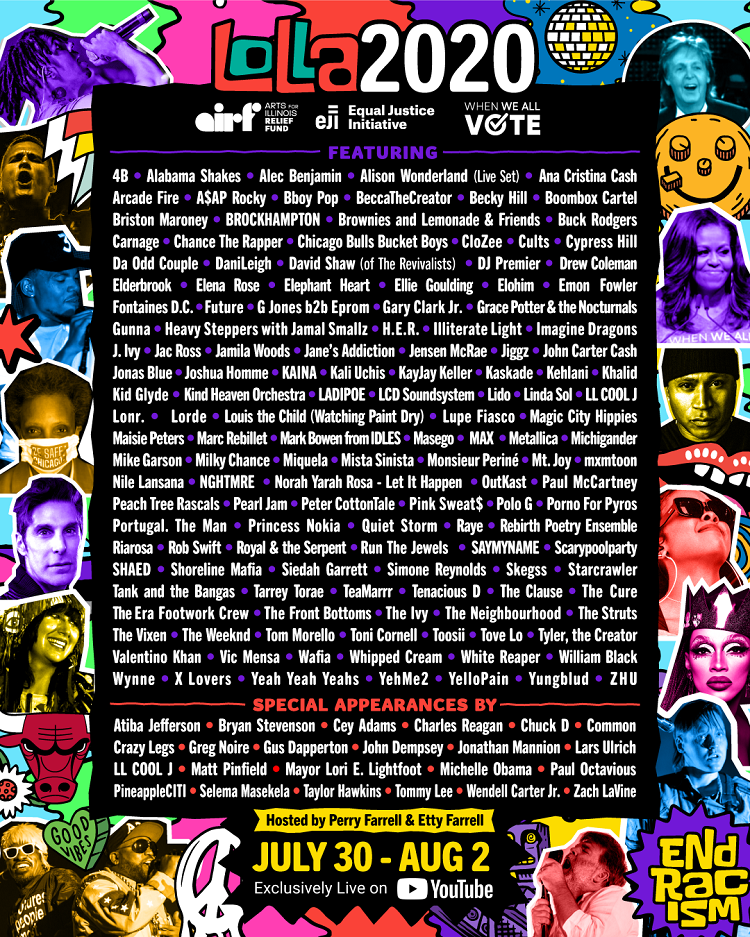