Check out the Chicago deli that is offering free sandwiches to all customers who show up wearing a mask, fueled by an anonymous donation on Tuesday.     Manny’s Deli in South Loop posted on social media that someone anonymously donated a “free sandwich day” to customers wearing a face covering.

We did it, Chicago! Someone just called and said they will sponsor a free sandwich day at Manny’s for anyone who shows up wearing a mask 😷 This person wants to remain anonymous. We will be dropping the details soon. #MannysMaskChallenge

Many fans quickly reacted on Twitter, with many asking Manny’s when the free sandwich day will arrive in Chicago. The eatery said details, including a date, will be released soon. The deli issued a challenge earlier this month to customers saying “if we go 30 days without having to ask anyone to put a mask on or properly wear your mask, we will give away free sandwiches for the day.” Prior to the challenge, Manny’s said it hadn’t made it longer than a few hours without asking people to adjust their masks. Within a day, the restaurant said the challenge had already failed and at least seven people had to be corrected. 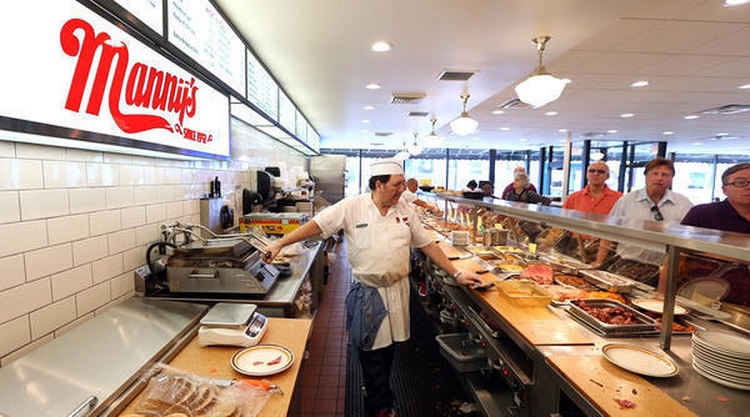