The FREE 2022 Logan Square Arts Festival returns this summer! After a two-year hiatus Logan Square’s premier cultural event comes #BackToTheSquare featuring two stages of live music, food, drinks, and a renewed focus on creating a one-of-kind experience in one of the most iconic green spaces in the city of Chicago. The LSAF is three-day celebration of the diversity and vitality of our neighborhood, and it all takes place on ﬁrst ofﬁcial weekend of the Summer.

Logan Square Arts Festival is a festival that takes place in the heart of Logan Square. This year, 2022 celebrates its 12th year. It showcases many talented local artists and merchants. It is accompanied by two live music stages that play host to many well-known bands.  There are many local food vendors and beer, wine, and spirits. There will be small art installations throughout the park as well as a plethora of retail vendors.

This festival will take place on Milwaukee Ave and in Logan Square Monument Park. There are also many security guards that roam around the festival during its operating hours. Logan Square Art Festival also has multiple first aid locations onsite that are easily accessible to the festival goers.  Fencing will be put around the perimeter of the festival to ensure the safety of our attendees.

The Logan Square circle will once again be welcoming the best live music, art, crafts, comedy, kids activities, and more for the Logan Square Arts Festival! As always, the art on display looks amazing and the music lineup looks great with impressive acts including Late Nite Laundry, Combo Chimbita, Man Man, Sarah Shook & The Disarmers, Meat Wave, Squirrel Flower and so many more. You can see the full lineup of musicians and events here! There will also be plenty of after shows throughout the weekend that you can check out below: 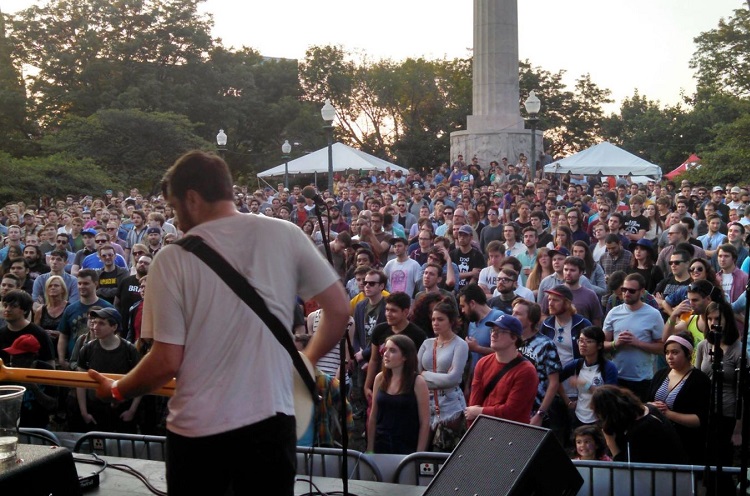 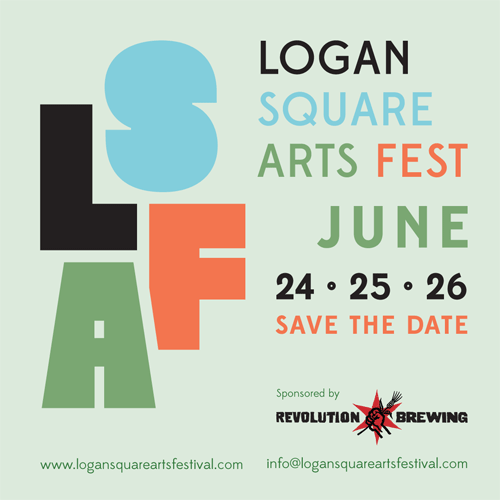 Since 2009, a quarter of a million people have enjoyed the festival and it has raised tens of thousands of dollars for neighborhood non-proﬁts. Each year the festival features artists of varying disciplines, neighborhood restaurants, and locally produced beer and cocktails. The festival partners with neighborhood art organizations on the presentation of visual art across the festival grounds, and with local music venues to present a diverse array of music across two stages.