The 12th annual FREE Open House Chicago will give you behind the scenes looks at more than 150 sites in one of the undisputed world capitals of architecture, Oct. 15-16.   Among the list of sites are churches, architecture and design studios, landmarks, breweries and more. You can find a complete list here. The event is free and open to the public.  “The Chicago Architecture Center is excited to host the city’s premier exploration experience, Open House Chicago, for the 12th straight year,” says Juanna Blackwell, Chief Operating Officer of the Chicago Architecture Center, which organizes the event.

This FREE Chicago Architecture Center public festival is “one of the largest events of its kind in the world,” according to the event’s website, openhousechicago.org.  Every October, the Chicago Architecture Center is proud to host Open House Chicago—a free public festival that offers self-guided history and architecture trails throughout Chicago, talks and programming, and behind-the-scenes access to architecturally, historically and culturally significant sites across the city.

The 2022 edition of Open House Chicago will feature self-guided tours of more than 150 sites in more than 20 neighborhoods, including new participants this year: Chatham and Hermosa., and many not typically open to the public. Most are free and open for in-person visits from 10 a.m. to 5 p.m. on Saturday, Oct. 15 and Sunday, Oct. 16.

And be sure to visit Chicago Architecture Center, too, which is currently hosting “SAY IT LOUD,” which it describes as, “a global traveling activation that elevates the work and identities of local, diverse designers in collaboration with the National Organization of Minority Architects’ (NOMA).” 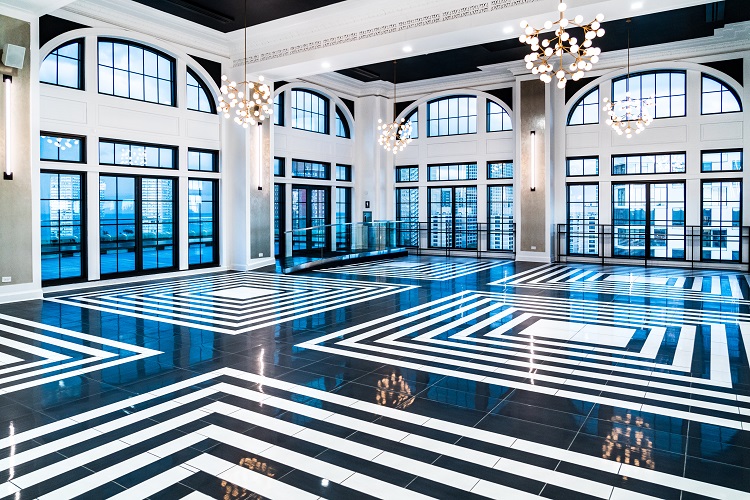 There is also an Open House Chicago app available at the website, openhousechicago.org. Along with the maps and programs, the app includes content on shopping, dining and other attractions in the various neighborhoods where the featured sites are located.

Browse the list of sites or see them on a map.   During this year’s Open House Chicago, you can step inside the Central Standard Building, formerly the Continental Illinois Bank Building, stands across LaSalle Street from the Federal Reserve Bank of Chicago, two neoclassical near-twins guarding the main intersection of Chicago’s financial district. Interior spaces include a mix of neoclassical and Gothic Revival architecture with Art Deco influences, most notably a massive 88,000-square-foot grand banking hall on the second floor, recently restored. The building stands on the site of the former Grand Pacific Hotel, where the continental United States was officially divided into four standard time zones in 1883, an event commemorated by the building’s name and a plaque on Jackson Street.

Be awe-struck by Wintrust’s Grand Banking Hall. The rooftop deck and basement vault will not be accessible this year. 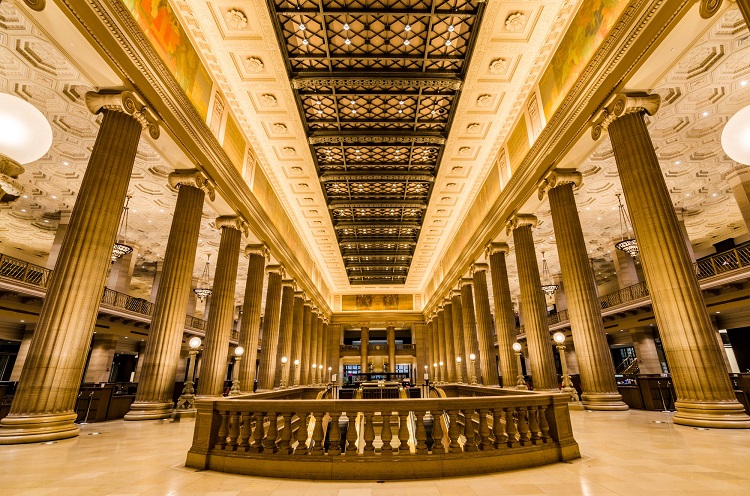 Have you ever walked by a Chicago building and thought, I wish I could see what’s inside?

The Chicago Architecture Foundation’s Open House Chicago (OHC) is the city’s annual architecture festival. For one weekend in October you can explore Chicago’s most iconic and unique architectural treasures. From mansions to sacred spaces, theaters to private clubs, hotels to secret rooms—OHC gives visitors a behind-the-scenes look at many of the city’s great spaces that are rarely, if ever, open to the public.  Here’s your chance to venture into new neighborhoods, learn the stories of Chicago’s buildings and experience the diversity and culture of each community.   OHC is completely free-of-charge—no registration or tickets are needed. So gather your friends, plan your itinerary and mark your calendar for October 15-16, 2022!