Don’t forget to set your clocks back before you go to bed TONGIHT or, at the latest, on Sunday morning at 2am as we go off daylight savings time for the next 18 weeks.   Daylight saving time in Illinois will end at 2 a.m. on Nov. 6 this year.   It typically begins in March and ends in November in what is often referred to as “spring forward” and “fall back.”

In 2022, daylight saving time began on March 13, more than a full week before the official start of spring. On that date, Illinoisans set their clocks one hour ahead.    In the United States, daylight saving time lasts for a total of 34 weeks, running from early-to-mid March to the beginning of November in states that observe it.

Under the conditions of the Energy Policy Act of 2005, daylight saving time starts on the second Sunday in March and ends on the first Sunday in November. 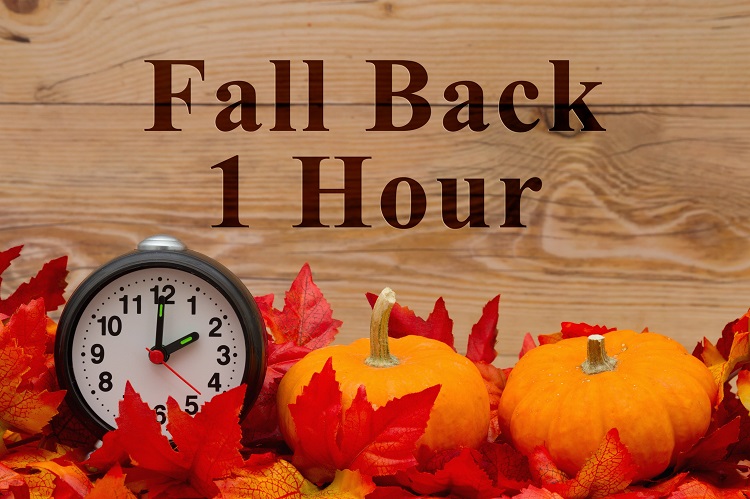 Earlier this year, the senate unanimously passed legislation known as the Sunshine Protection Act, which would make daylight saving time permanent and effectively eliminate the seasonal changing of the clocks. But the measure still needs to pass the House and be signed by President Joe Biden before it is fully approved.

And according to a July article from The Hill, the bill has hit a “brick wall” in the House.

“We have so many other priorities, but it doesn’t mean because it’s not a priority that we’re not trying to work on it. We are,” Rep. Frank Pallone said, later adding, “If we can accomplish anything, it wouldn’t be until the fall.”

According to the text of the bill, the new time wouldn’t go into full effect until 2023, with clocks not rolling back after springing ahead for daylight saving time in March of next year.

After that March 2023 spring forward, no more time changes would take place in most of the United States.

The bipartisan bill would ensure Americans would no longer have to change their clocks twice a year. The move would essentially eliminate standard time, which is what many states switch to during winter months.

According to Reuters, at least 30 states have introduced legislation to end the practice of changing times each year, and Pallone cited a study that suggested 71% of Americans are in favor of ending the time change each year.

Supporters of the bill, including co-sponsor Sen. Marco Rubio, said that giving children an additional hour of sunlight after school will allow for safer trips home, more time spent outdoors and other health benefits. He also argued that there would be economic benefits to such a change.

But some experts say permanent standard time might be more beneficial.

How Would a Permanent Change Impact Illinois?

Illinois residents are used to the sun going down just after 4 p.m. in the month of December, but that would of course change with permanent daylight saving time, with the earliest sunset of the year occurring on Dec. 8, 2023 at 5:21 p.m.

Twilight would allow for a bit of residual daylight to stick around until just before 6 p.m.

The real change would occur at sunrise. With the time shifted forward by an hour, sunrise would not occur until after 8 a.m. for a good chunk of the winter, meaning that morning commutes for students and workers would be a bit darker.